In the first few days of my being on Microbog, I noticed people posting images, so I asked how I could do that. The answer was, “Use the app.” I found out they meant I should use the Microblog app on the iPhone, which apparently made it easy to post a picture. This was when I first discovered that Microblog is written by Apple users, its technology mainly focused on using Apple devices for posting on Microblog. I hadn’t noticed this restriction when I signed up for the Kickstarter for Microblog.

But there is a web interface for Microblog, so surely there must be a way I could post a picture using that. No, I was told there wasn’t, not yet. But I found it could be done, using markdown and my Dropbox Public folder. The images had to be in that particular folder, a type of folder that Dropbox was no longer including with Dropbox accounts. By logging in to Dropbox, I could navigate to that folder and I could then get a public link for any image there. If I used that link in the URL of the image syntax in markdown, the picture would appear on Microblog, when posted.

I was thrilled that I had figured out how to get a picture to post. Here is the first picture I posted and when I saw it worked, I posted a text message, needling the user who told me I would need an iPhone for posting pictures. 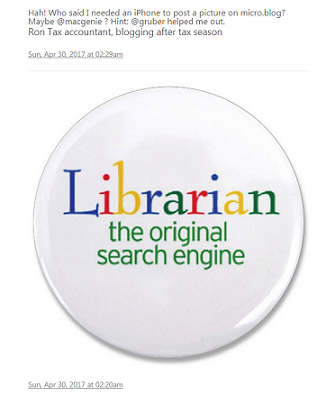 The next day, I posted my favorite image of my car. 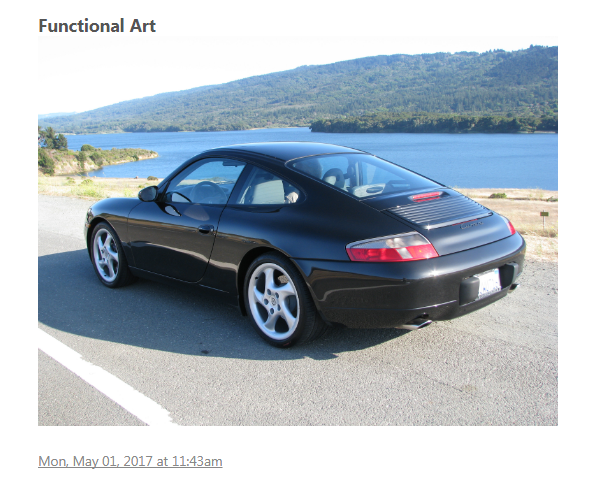 And on June 15, 2017 I posted my favorite picture of Nina Widjaja posing with a Telefunken Concerto radio. 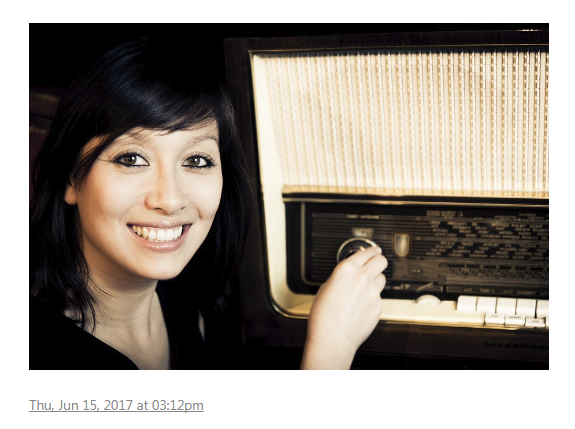 A couple of days later I posted a picture from Bangkok Airport, but it gave a very unsatisfying result, ugly really. 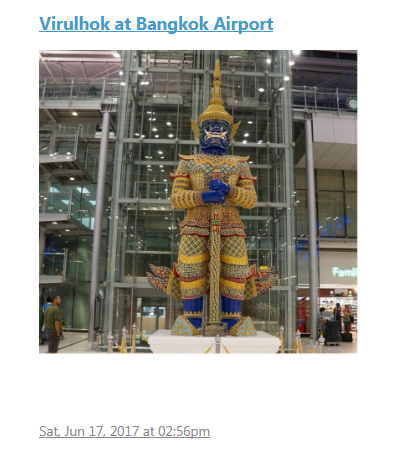 I discussed the issue with Manton and then never tried to post another image again on Microblog.

Until today, that is. I had received an email from Dropbox, informing me that my “Public folder links will become inactive on September 1.” Once again an Internet service was changing the rules on me. They said if I “want to shares those files again, you’ll need to use shared links instead. I read the instructions and tried it on Microblog. The picture I was trying to post came out blank, above where I posted a title for the picture. On my About page, it showed the text “Before Dylan Show” where the picture belonged.

In the Home stream, the area for the image was just completely blank. 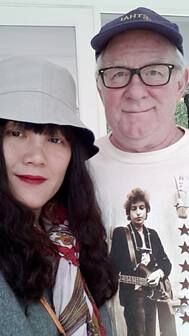 So it looks like beginning in September, I will no longer have the ability to post pictures on Microblog. I guess it isn’t a huge loss. I had stopped posting images there, even using my Dropbox trick, because the result was so ugly with my Virulhok photo. And Blot seems to do a great job in posting pictures, so I guess I’ll just use Blot for images.

Long Gone, Not Forgotten A few years ago, I was collecting all the Sandy Denny albums I could get my hands on. She died at the very young age of 31 in April 1978, as a

Cars That Won’t Fit in the Garage The garage in the house we’re buying is just under 17 1/2 feet deep. Sadly that pretty much rules out some cars, as we want to keep our cars in the